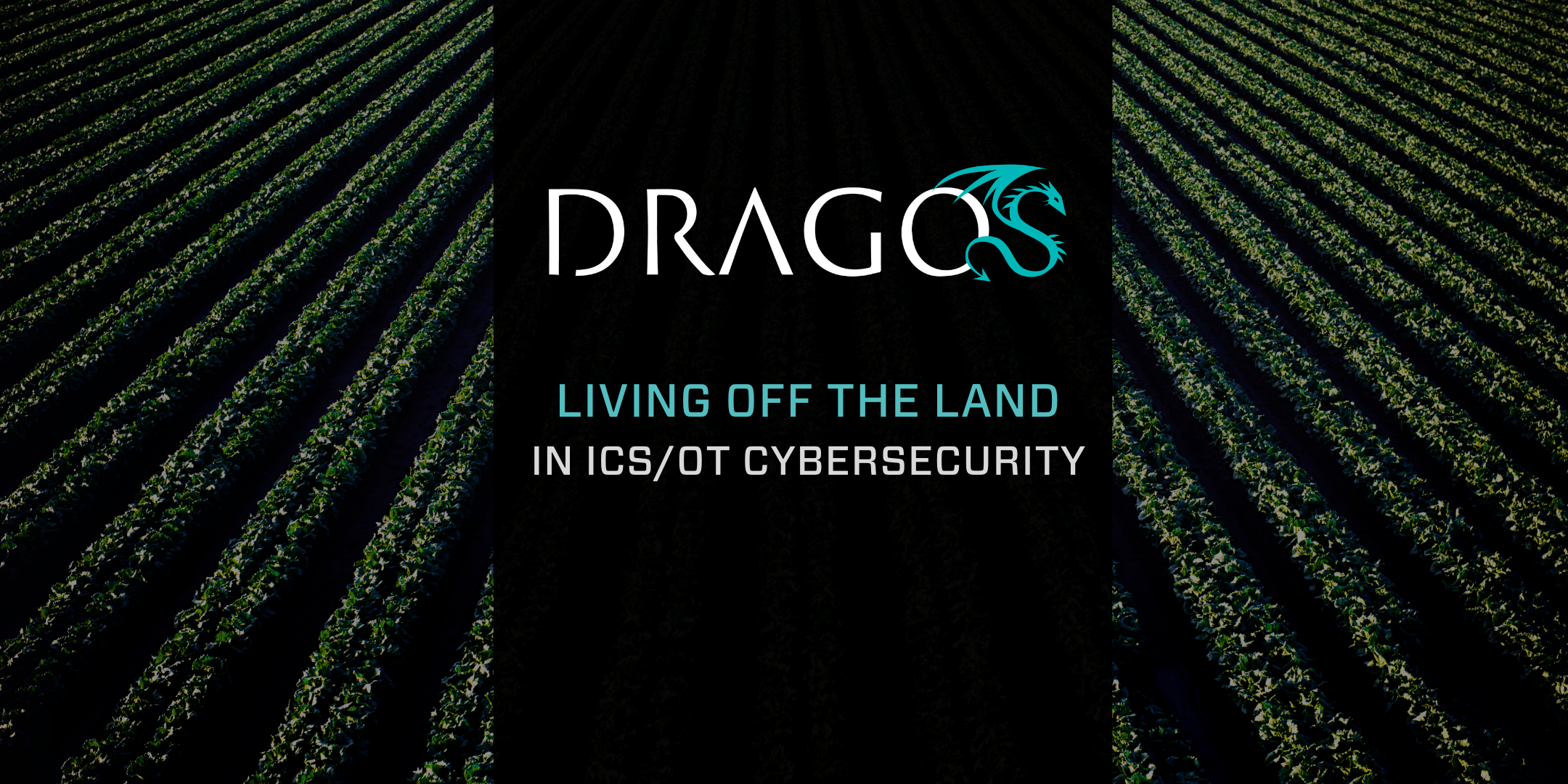 The phrase, “living off the land,” is among the most prevalent and misunderstood terms used to describe adversary activity. Living off the land describes the use of typically pre-existing, legitimate capabilities present on a victim host and network for malicious purposes. Most cyber professionals associate this phrase with information technology (IT), including Windows workstations and software. The methods of living off the land work on the operational technology (OT) side too, albeit with differing toolsets. These methods include abuse of native functionality and features in control networks, such as operations of human machine interfaces (HMIs) or OT-specific automation control protocols.

Each stage of a living off the land attack uses tools that already exist in the target environment or are common enough not to cause alarm. There are other tactics adversaries can use, but the pattern remains largely the same: gain credentials, pivot around the network, and execute the desired effect.

An adversary may start by emailing a target a link to a credential capture site to steal their login details. Credentials can also be found in a “dump” on the Internet to access the network remotely through brute force activity or password spraying. From there, attackers probe the target’s network and applications for soft spots they can log into or exploit, like email, VPN, or customer facing applications. Once a foothold is established, attackers begin to escalate privileges and pivot throughout the network, looking for privileged accounts such as administrative users. Using PowerShell or tools like SysInternals [1] help attackers reach their ultimate goal while blending into normal administrative traffic. Attackers can transition from the IT environment to the OT environment via stolen credentials or improperly configured networks. Adversaries then must utilize knowledge of ICS environments to conduct reconnaissance to potentially affect operational devices.

Figure 1: Living of the Land Attack

Dragos tracks multiple activity groups that successfully use living off the land tactics to target OT networks. ELECTRUM [2] pivoted from IT to OT networks via harvested credentials, then exploited functionality in Microsoft’s SQL Server to enable the CRASHOVERRIDE attack on a substation in Ukraine. ELECTRUM leveraged its knowledge of the victim’s environment and specific protocols used in European power generation, transmission and distribution (IEC 101 and 104) to control circuit breakers and switch gear in that attack. [3] The activity groups DYMALLOY [4] and ALLANITE [5] use captured credentials to pivot inside of electric sector OT networks to access and profile systems within the operational environment as part of long-term reconnaissance operations. XENOTIME [6] used PSexec, [7] part of SysInternals, for remote execution and pivoting with privileged credentials that were dumped or captured.

Security teams use multiple techniques to combat living off the land, but there is no one size fits all approach for defense. Some well-known defenses are email filtering, user training, system hardening, firewall tuning, and robust network segmentation. However, those methods will not provide useful information when a breach occurs.

The following methods will assist in either defeating attackers or can act as a canary to alert to an event:

Living off the land is a popular way for attackers to subversively operate in an environment because they are less likely to be detected by traditional anti-virus. Because every environment is different, generally an adversary needs to heavily invest in interactive operations to take advantage of living off the land techniques, as capabilities need to be stitched together for specific operating environments. Defenders should note that any monitoring tools must be tuned to the environment, otherwise security teams run the risk of alert fatigue due to false positives in security alarms. Targeting specific scripting languages (PowerShell, VBA) and monitoring solutions (WMI, host logs) will produce the biggest payoff. Special scrutiny should be placed inside of the OT environment, as most traditional security tools do not account for ICS protocols or the lack of patching that goes on within operations environments. As a defender, do what works for each specific environment and work towards more robust detections.

[12] The PowerShell Boogeyman: How to Defend Against Malicious PowerShell Attacks – Rapid7

[19] The Leaked NSA Spy Tool That Hacked the World – Wired

Threat Management and NERC CIP: Own it Before You Get Owned