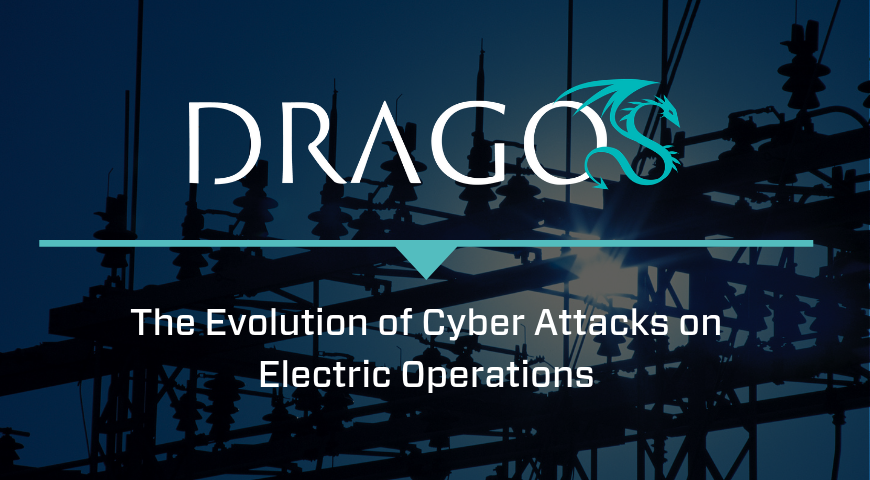 In recent years, there has been a continual rise in sophisticated cyber attacks on electric infrastructure globally with the intent of causing significant operational disruptions.

For example, the cyber attack on three power companies in Ukraine in December of 2015 marked a revolutionary event for electric grid operators. This attack was the first known instance of a successful disruption of electric grid operations, resulting in over 225,000 customers without power for upwards of 6 hours until manual operations could restore power. In December of 2016, the second publicly-known ICS-targeting malware, CRASHOVERRIDE, was the first malware framework to target a transmission substation, causing an outage in Kiev, Ukraine. ELECTRUM, the threat activity group responsible for CRASHOVERRIDE, is one of six public threat activity groups Dragos tracks that specifically target electric operations (with nine total targeting industrial organizations globally).

This progression of attacks is important, not only because electricity is a vital component of our everyday lives, but also because it demonstrates attackers are learning and evolving from the codification of tactics and tradecraft used in previous industrial cyber attacks to create more sophisticated, tailored attacks on electric operations, as well as industrial operations as a whole.

CRASHOVERRIDE marked an advancement in capability of adversaries who intend to disrupt electric grid operations, and it confirms they are getting smarter, expanding their ability to learn industrial processes, and codifying and scaling that knowledge. Though this poses a challenge for those tasked with protecting industrial networks within electric utilities, it is one that is addressable and achievable through a comprehensive, intelligence-driven approach to industrial security.

The Dragos Platform helps secure electric utilities’ industrial control system networks by providing comprehensive visibility, threat detection, and response via intelligence-driven analytics and the codified knowledge of the industry’s most experienced team of ICS practitioners throughout its three components:

To learn more about how the Dragos Platform helps protect electric utilities, visit https://www.dragos.com/comprehensive-ics-security-for-electric-grid-operations/ or read our case study about how Dragos’ technology deploys in electric environments.