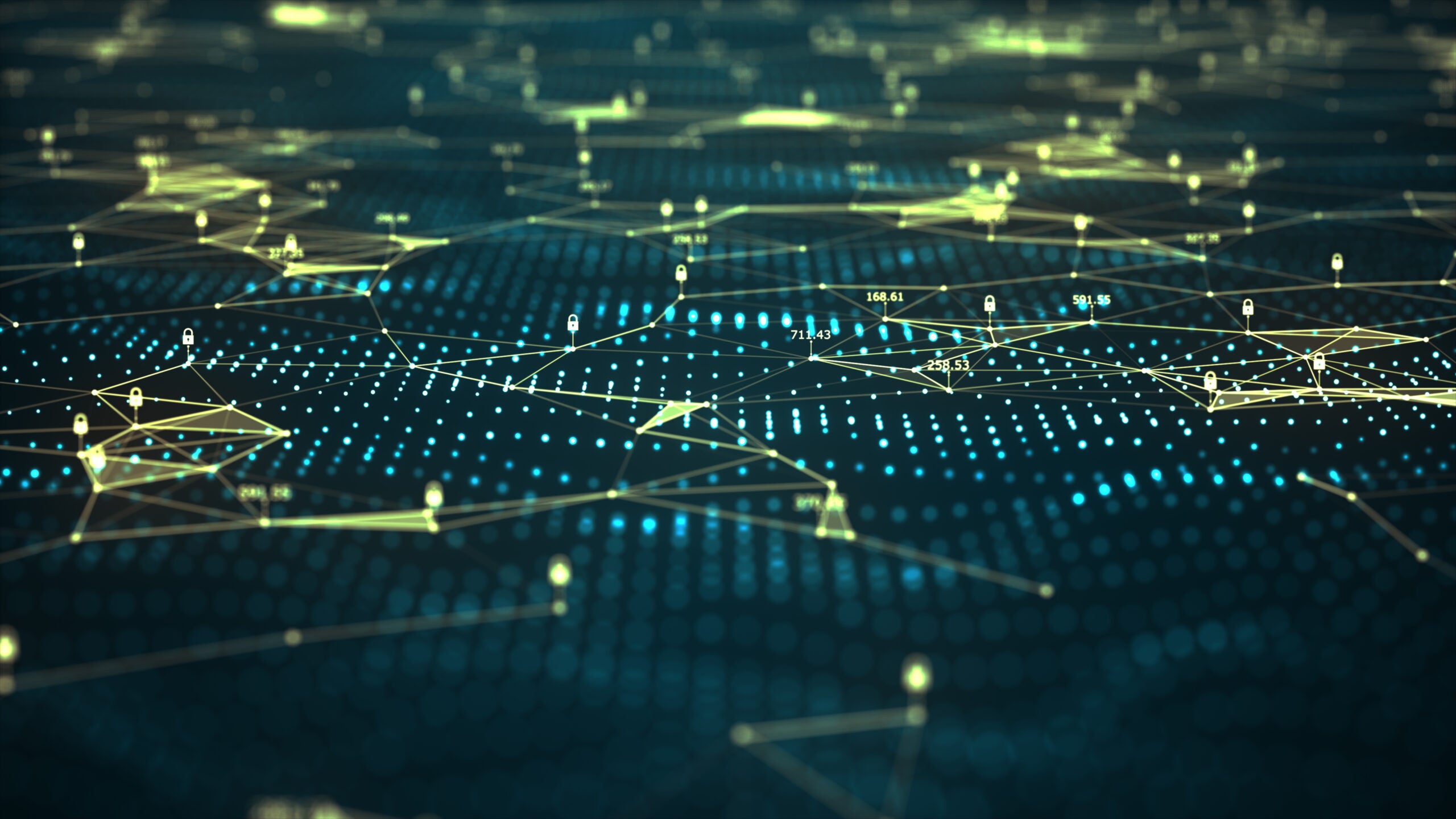 The 2021 Dragos Year in Review (YIR) notes that 77% of Dragos services engagements performed that year involve issues with network segmentation. One of the top four findings is Poor Security Perimeters.

Dragos considered findings to be related to poor security perimeters if they involved issues such as porous firewall rules, network boundary bypasses, or flat networks. This includes instances where the only segmentation is the initial firewall between the IT-OT boundary and when there are unnecessary communication pathways to critical assets within the network.

A security perimeter is “a physical or logical boundary that is defined for a system, domain, or enclave; within which a particular security policy or security architecture is applied.”1 When properly implemented it acts as a barrier to traffic from other security perimeters or trust zones.

A flat network is problematic for several reasons. Flat networks often combine assets that should be separated into their own networks such as VoIP Phones and IP Cameras. These readily accessible assets may use vulnerable protocols which are easily compromised. Additionally, once an adversary gets initial access, a flat network allows access to the entire network and any connected assets.

This is especially true of industrial control system/operation technology (ICS/OT) networks as the assets they connect may lack the traditional security controls found on a Corporate/IT network. To illustrate this, consider:

One method for addressing a flat network is with firewalls. Firewalls segment networks by inspecting the network traffic and filtering the traffic based on security policies. A well configured firewall permits desired traffic and denies unacceptable traffic.

Managing a firewall can be challenging because overly restricted firewall rules block traffic that should be allowed whereas promiscuous firewall rules result in unsafe or unwanted traffic. Since an overly restricted firewall policy results in a denial of service, the consumer, failing to get access to a certain service, quickly identifies and voices their concerns (“hey IT, my application no longer receives weather feeds…”). On the other hand, no one complains if an application they use has access to something it should not. They may not even be aware it has access.

Over time, without the right controls in place, it is natural for a firewall to become less restrictive resulting in porous firewall rules and reducing the barriers an adversary must overcome to access critical networks and assets.

Planning the Network with Security in Mind

Proper network design and implementation of network segmentation is the first step in avoiding poor security perimeters. Investment in “the planning, establishing, and upkeep of systems with security in mind,” yields the largest return on investment dollars according to the sliding scale of cybersecurity.2 In terms of strengthening security perimeters, this investment focuses on updating, improving, and maintaining network design and network segmentation.

Of the 12 verticals analyzed in the Dragos YIR, the “poor security perimeters” finding was common in all industry verticals except for Datacenters and Nuclear. It should come as no surprise that the Nuclear Regulatory Commission (NRC) requires separating assets into five security zones based on criticality.3

It Comes Down to Trust: Using the Purdue Enterprise Reference Architecture

A tiered network architecture such as the Purdue Enterprise Reference Architecture (PERA) shown below is an example of organizing common operational elements into zones with differing levels of trust.4 These zones progress from least trusted public networks such as the Internet (Level 5), to the most trusted equipment used to control the physical process such as sensors and actuators (Level 0).

In general, flat networks allow unrestricted communications between devices. In a network with minimal segmentation, devices can communicate with each other without connecting to a boundary device, such as a firewall or router. Additionally, flat networks have few security measures in place to monitor traffic. A well-segmented network will utilize multiple solutions like subnetting, switches, routers, firewalls, and security products to control and monitor communications.

Firewalls are a great security control for segmenting networks and protecting perimeters (zones) and the connections (conduits) between the perimeters. Firewalls are configured with access control lists (ACLs). ACLs are assigned to network interfaces on the firewall and act as a sequential list of rules which determine if network traffic will be permitted or denied into an adjacent network. These individual rules are referred to as access control entries (ACEs). ACEs permit or deny network traffic based on several criteria including, but not limited to IP addresses, protocols, User-IDs, and/or specific applications. Porous firewalls or firewalls with less restrictive rules reduce the barriers an adversary must overcome to traverse between trust zones, potentially allowing them to access critical ICS/OT networks and assets.

An adjacent network policy rule refers to a policy restricting all traffic to adjacent networks based on trusts. A network boundary bypass refers to any communications that traverse multiple layers of trust (bypassing zones) thereby violating this policy.

One example of a self-inflicted network boundary bypass commonly seen in an ICS/OT environment occurs when a historian, located in the same network as the SCADA or DCS, is accessed by clients in the corporate network or when the historian, located in the corporate network, is accessed by clients from the SCADA or DCS networks. Both examples frequently allow access by multiple clients and require the use of insecure protocols such as certain versions of SMB, NetBIOS and OPC.

Other network boundary bypasses such as patching described in the previous section can be addressed using similar security enhancements. One method which is commonly used to address this issue is the use of a DMZ. This method is described in the next section.

A key element of a well-segmented network is the presence of a DMZ. DMZs, sometimes referred to as level 3.5, are zones which facilitate the transfer of information between other security zones of differing levels of trust. Network DMZs should contain security features to force connections and information to terminate, undergo inspection, and then reconnect or wait for retrieval.

Most organizations have DMZs between their corporate environment and the internet where they host internal applications like web servers, internet proxies, and email servers. Internet and internet accessible networks like the corporate network, are typically considered untrusted from the ICS/OT standpoint.

In industrial-related organizations, a DMZ should exist between the corporate and ICS/OT networks. This DMZ is designed using firewalls and configured so all connections terminate in the DMZ. A tiered network architecture with a DMZ such as that shown in Figure 1 above provides a security buffer between the trusted and untrusted networks and typically contains hosts that facilitate patching, remote access, and mirrors for historian data and applications.

Other security features such as MFA, network monitoring, enhanced logging and hardening of the hosts should be considered to help strengthen the security in the DMZ.

Fortifying your security perimeters requires a solid understanding of your OT architecture. The strategies for strengthening the security perimeters discussed in this post can be accomplished using well known cybersecurity tools. A focus on securing the perimeters will positively impact the other three key findings of Dragos’s 2021 Year in Review: lack of visibility, external connections to the ICS environment, and lack of separate IT & OT user management. 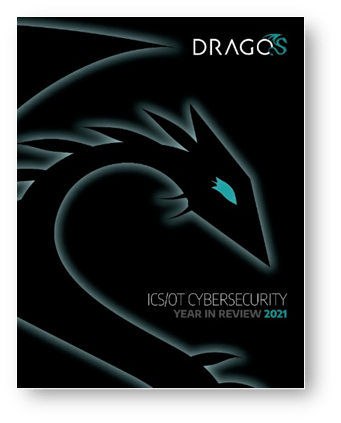 How to Improve OT Network Visibility